Hey everyone! Mark D here and we’re watching some Anime! Cowboy Bebop is a universally beloved series and we’re going to go ahead and check out the movie which takes place near the end of the series–so we get all of our favorite characters. There’s going to be a lot of links in these show notes so check it out on scummbags.com for easier browsing.

First off–I made more than a couple of mistakes in this recording. Even after adding in the correction I think I made another mistake somewhere that was really dumb. I forget what it is at the moment. But I know it’s there. So please forgive me. I’m dumb but I also acknowledge that I’m dumb and constantly working on it 🙂 Not being dumb. Working on not being dumb. Not working on being dumb. That wouldn’t be productive but it certainly would be easier. Edit now I remembered. I said “Toonami” when I meant “adult swim”. What an idiot. [adult swim]. I really love the art direction of adult swim. It’s great.

So the above are all Cowboy Bebop videos that are pretty good to great. Give them a shot if you want to get a little deeper into the show. The STEVEM piece on Watanabe, “The Man Behind Cowboy Bebop,” videos are extremely thorough and will lend a lot of context to *waves hands* everything. The Steak Bentley video, “Cowboy Bebop and The West,” is also really interesting however it’s made in the style of YouTube so it takes a bit to get going and there’s some jokes in there that are visual in nature and distinctly idiosyncratic.

Just as an aside, Tim Rogers’ non-fiction film ACTION BUTTON REVIEWS PAC-MAN – YouTube is great. This has exactly nothing to do with the show notes I just like it. I’ve been home for basically 9 months at this point. If I was a baby I’d be born. It’s wild. I realized, visiting a doctor’s office, that I’ve forgotten how to navigate in-person interactions. It’s really weird. So just check in with yourself a little bit. There’s a lot of impact happening here that isn’t visibly obvious but hopefully we’ll be improving soon. <3

Also, John Cho Talks Upcoming Cowboy Bebop Netflix Series – YouTube. I was very not excited for this but I do think that John Cho would be the one to pull of Spike Spiegel. I think he’s a good actor and he definitely has a brand. He did get injured and this paused the production of the movie and now pandemic and all that but I’m definitely going to give it a shot. I think that trying to do it 1:1 might be a massive mistake because–being animation–you can definitely defy the medium of the motion picture that it is simultaneously projecting to you in delightfully inconsistent ways but when it’s live action it’s live action and when you get cute with the mechanics of the world or use excessive CG to replicate it that’s when things can go sideways. So I’m cautiously optimistic.

Meet Eleanor and check out this crazy indie film for free on Amazon Prime and go ahead and listen to the episode. This isn’t an affiliate link–I’m just trying to make it convenient for you to follow along. That’s why I release on Sundays, you know. Give you a chance to watch the movie.

Lets go over this Sony-fueled ’00s nostalgia whiplash together as we wade through the mire of Spider-man 3’s script. Catch me @coolmarkd on Twitter and let me know what you though of it. 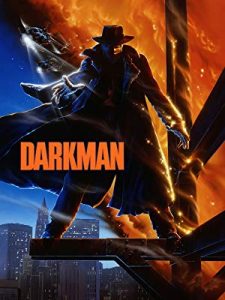 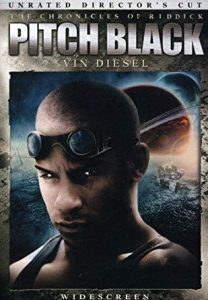 The one where Mark takes a look at a movie that he hasn’t seen in like 15 years and has little recollection of. Get a blast from the early 00’s with Swordfish starring Hugh Jackman, John Travolta, and Halle Berry. Take a ride on this sexy, exotic thriller (that basically takes place entirely in LA) that was released in 2001. This is Mark’s Movie collection where Mark goes through his collection of DVDs, HD-DVDs, Blu-rays, and VHS tapes and talks about these movies that have been following him around.

Let Mark know what you thought about Swordfish. @coolmarkd on Twitter. You can stream Swordfish right now on Amazon Prime. This isn’t an affiliate link–just convenience to watch along. 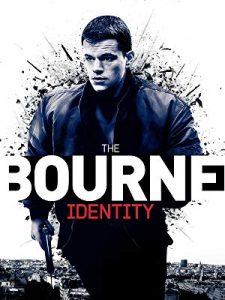 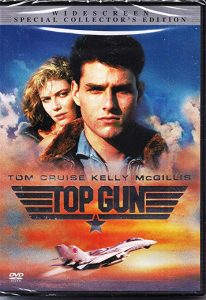 Welcome to episode 1 of Mark’s Movie Collection which features…. Top Gun. We’ll take a -4G dive into this testosterone-burning action flick which, we discover, is actually something else.

To be fair there is a bit of foul language in this one. It was really late at night and I was drinking. Tweet @coolmarkd to talk about this movie.

Check it out on Amazon